The first step is to focus on the sounds of the language; the way they go up and down when someone speaks. In other words, the music of the language.

Why is it important to listen to the music of the language first?

Because there are 44 different sounds in English. Some of these do not exist in other languages. Children need to listen to them first and store them in their brain so that afterward they can replicate them.

How can we learn all those sounds?

This is very important to teach because there are many sounds in English that children don’t know in their own language and they can have trouble saying them, for example, /th/. We have to teach them how to put their tongue between their teeth, otherwise, they pronounce /th/ like /f/. For example, some say Fursday instead of Thursday.

Once children learn that there are different sounds and they learn how to say them, the third step is to discover that each sound (phoneme) is represented by a letter of the alphabet (grapheme).

There are 26 letters in the alphabet and, as mentioned before, 44 sounds in English.

Many of those letters can make different sounds. Many combine with one another in order to make all the sounds that English has.

When children see a letter, and they can say the sound that it represents, they are decoding.

Play lots of games to help children learn to decode so that afterward they can read.

•            Display letter cards on the board. Say a sound. Have children look for the correct letter

and: circle it, hit it with a flyswatter, put it in a box or bag, model it with clay, etc.

The fourth step is to blend! When we combine sounds, we can form words, and when we associate an image with those words, we can understand what they mean.

Once a whole word is decoded, and we can understand it, the reading process has started!

Once children start decoding, we have to help them become fluent readers, so that they can decode the words quickly and can understand them. This can be achieved by presenting stories or sentences which include words that are formed with the letters and sounds they have learned.

For example, if they have learned letters: s, a, t, n, i, p, they can read the following sentences:

Pat is an ant.

Pat sits in a tin.

You can add pictures below the nouns and verbs (because those words give meaning) so that children understand those words. That way, you can start developing early reading comprehension.

You can also introduce rebus sentences which combine pictures and words that we consider high-frequency words and that children learn by sight (they see them all the time, they memorize them and they know how to say them because they have heard them repeatedly). These words help build a correct sentence in English too.

It is important to have children point to each word (and picture) as they read to help the brain make the connection between the sound of the word and the word itself.

With decoding comes encoding, which means writing. Children will need to learn to write each letter first and then blend them to start writing short words.

However, before doing this, consider that we learn with our bodies. We are our own reference when we are involved in the learning process.

Before asking the children to trace over the letters that are printed in their books, have them first learn what is left and right, up and down, in and out. These concepts are key to developing a successful reading and writing process.

Play a lot of games to teach these concepts so that it is easier for the children to remember them once they start writing the letters.

•            Have students stand up. Say the commands: up, down, left and right. Draw arrows on the board that show these directions, using different colors. Then model what to do. Say Up! as

you point to the correct arrow on the board and jump up. Repeat with the other commands. Have the children copy you. Increase the challenge little by little by repeating commands or mixing them.

•              To help children learn the correct directionality of each letter, have them air trace the letters first before they write them in their books. They can also trace them on the board, or walk over them, to internalize the movement. Model how as you say the sound of each letter. Have the children copy you.

Remember that everybody is different and has different skills and talents. Not all children will learn at the same pace. Be patient. Help the children that are struggling and provide extra materials to the children who have already reached the objective you wanted. That way, everybody has something to do.

The best of life is in your hands! Enjoy the journey along with your students as you introduce them to the world of reading and writing in English! 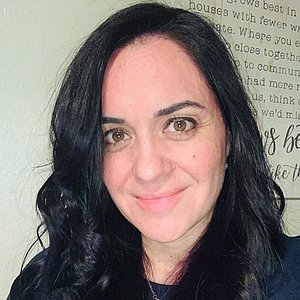 Lorena Peimbert studied Pedagogy at the Universidad Panamericana in Mexico City and became an English teacher in 1995, specializing in early childhood stimulation, learning disabilities, psychomotor skills, and logical-mathematical thinking. With more than 20 years of experience in teaching and working in schools, she now trains and coaches teachers, content edits, manages educational projects, and writes in collaboration with Macmillan.