I was a complete disaster at languages when I was at school. I literally learnt nothing and never took a single modern language exam. At the age of 22, after completing my degree at university, I surprisingly decided I wanted to be an English teacher. I took my first job in Greece in 1987 and from that moment onwards, I have always been studying at least one language. That’s 32 years of language study but it has been a rather bumpy road.

It’s worth knowing a bit about my language learning experience to understand the context of this article. It literally goes from one extreme to the other. I never really learnt to speak Greek at all. I lived there for nearly a year and a half and hardly got beyond the basics. In my defence, I had some bad luck and in all honestly I simply didn’t know what to do . Next came Spanish. I had the complete opposite experience. I learnt the language and passed the C2 with a very high grade. Later on in my life I became a Spanish teacher. I lived in Spain and while there, I decided to learn another language. So I took up French. It was 1995 and I had recently completed the DELTA exam as an English Teacher. The DELTA really helped me to understand more about language learning and I passed six levels of French in two years, getting to about a B2 level. These days my French is pretty rusty but I only have to be there for about two weeks for it all to come flooding back. I then went back to my Spanish before starting Chinese. I studied for about a year, went to school and was one of the better students in the class but I gave up after a year as I stopped travelling to China.

So that brings me to my current language. I married a Polish lady and about a year ago, I began learning Polish. I have private online lessons and try to study at least three or four times a week. To my disappointment, it is proving pretty tough; I really thought I would pick it up more quickly.

So what have I learnt about language learning from studying five different languages to various levels, teaching English and Spanish for nearly 25 years and doing the CELTA and DELTA exams as an English teacher? How might my experiences help us to think about the way we help our learners?

Vocabulary is the initial challenge

Everything is hard at the start but if I was going to focus on one thing, I would say it is the amount of vocabulary you have to learn. You need about 500 words under you belt to even begin to be able to engage in basic communication. The temptation is to try and learn lots of new words but I find they just don’t go in and I forget as many as I learn. What seems to work best is limiting how many words I learn to about ten a day, making sure that these are all words I have taken from a context (i.e., I have read them, heard them) and trying to think about words that I am going to find useful.

At the very beginning you do often have to learn words in isolation but as soon as you can, learn new words as part of simple sentences. I use Quizlet to practise my vocabulary and I try to use the words in a sentence. Let’s say, for example, I have learnt the word teaspoon. I will write out a sentence using that word. I make flashcards with one side having the sentence in Polish and one side with the sentence in English. I try to revise these words a couple of times a day but limit myself to about ten.

I am a huge fan of reading and listening at the same time. This could be in the form of dialogues, news pieces, stories – in fact, anything. The good news is most course books offer lots of material that is in both text and audio form. I really find this helps me to both read and listen. I tend to work through a text, learn the basic vocabulary and then listen to it many times. Once I am familiar with the text, I will often read it aloud. I read out a sentence of the text and then play the audio to hear it and think about how accurate I am. I also try to download the texts onto my smartphone and play them over and over again. So I might be doing the washing up, cleaning my teeth, waiting at the bus stop or sitting on a train and I listen again and again to the same listening material. I find I end up memorising whole phrases and it means I am getting lots of exposure to the language.

This might surprise you since I am supposedly a specialist in using technology in language learning – but I am a big fan of course books. When I was studying Chinese, I used all sorts of material from the internet and I found I became really disorganised. The great thing about a course book is that it is easy for me to see what I have learnt and everything is linked together. The vocabulary is re-worked, I can revise easily and I am also aware of what I have studied. I tend to spend quite a bit of time working out what my book offers and I often look at all the extra content that is online and make use of that, too. I do use technology. I love Quizlet, I record myself speaking Polish, I use Google translate all the time and I use my smartphone to listen to material, but these tools only support what I am learning from my book. I am not saying that I don’t sometimes look at other material, but I think that language learning is about being organised – continually reworking and reusing language – and the book seems to help me to do this.

I must confess I have been very inconsistent with this but whenever I have done it, it has really helped me. I pick a basic topic and then try to record myself just saying four or five sentences about the topic. So, first I need to think of a topic. I choose anything: my best friend, my house, my hobbies, my family, a person I admire, food, sports, technology, etc. I then normally have to look up a few words in preparation for making the sentences and finally I write out my sentences. I then record myself saying them. The next day and for a few days, I play the audio back and see if I can remember what I recorded. This really helps me to pick up new vocabulary.

I read out the sentences, so it is not completely spontaneous but it does seem to help. The effort of choosing a topic, preparing the vocabulary, writing out the sentences, recording myself saying them and then listening to them a few days later, seems to really help and I notice I do retain the language better when I do this. It is cognitively hard to go through the process of making a recording and I guess that is why I avoid doing it but it works really well. I just wish I wasn’t so lazy and did it more!

So what can we conclude from this as language teachers? Well, firstly, it is always a good thing for you to be learning a language as it helps you to understand your students better. Secondly, it is not easy to work out ways to study languages; in other words becoming an autonomous learner can take quite a long time and students need our support. We should continually expose our students to different ideas and options. They can then work out if the ideas work for them. Thirdly, there is a temptation to throw a lot of vocabulary at students (I know I certainly have done it) but my feeling is that it doesn’t work. My fourth point is always try and present vocabulary in context and encourage students not to just make lists of words but rather sentences with the words included. This way they are re-working vocabulary and seeing new words in context. Making flash cards with the sentence in English on one side and the sentence in the mother tongue on the other side works well and this can be done on paper or using Quizlet (or a similar tool). Getting students to record themselves is quite a challenge but don’t underrate it’s value. 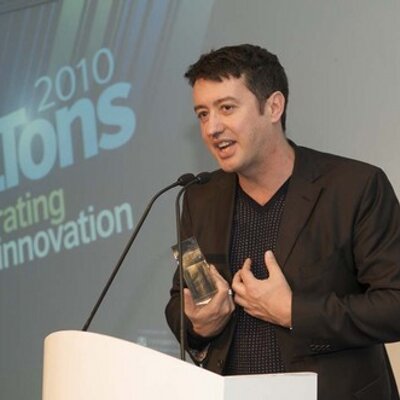 Russell Stannard is the founder of www.teachertrainingvideos.com and a NILE associate trainer where he runs a ‘Flipping your Classes’ course and works on the MA course. He is the winner of 3 educational awards including the Times Higher ‘Outstanding Initiative in Technology’ and the British Council ‘ELTons Innovation Award’. Russell writes regular columns in the English Teaching Professional and has published widely in the area of feedback, collaboration and the use of screen capture. He is truly an international speaker, having presented in over 40 countries around the world.