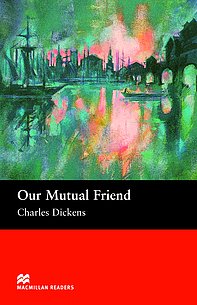 Our Mutual Friend is an adapted Upper level reader written by Charles Dickens. This is a story about murder and mystery set in London during the 1860s. A man called John Harmon had recently returned from abroad when he had been found dead in the water. John had not been drowned, but murdered. Who killed him and why?