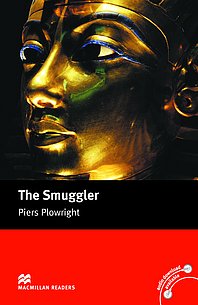 Macmillan Readers: The Smuggler without CD

The Smuggler is an adapted Intermediate level reader written by Piers Plowright. The Smuggler tells the story of a valuable golden statue which has been stolen from the Darna museum. Inspector Roland suspects John Samuel Fame because he visits the frontier frequently and could be a smuggler. But did Fame steal the statue?